We are so excited to announce that we'll be playing the Pie and Vinyl & Fat Cat records stage at this year's Southsea Fest... Oh and it's in a bloody beautiful church! More details to come soon on time etc but for now look at the lovely poster and go grab your tickets!

Thanks very much to Jake from Fret Buzz music magazine for publishing our first proper interview. Jake's taken some amazing photographs and really blown us away with the professionalism of his layout and dedication to his project. Click the link below to have a flick through! Fret Buzz Volume 2

Lucky for us a band dropped out of this weekend's Smoked and Uncut festival in Brockenhurst - so we stepped in last minute. Amazing food, a great crowd and an all-round lovely atmosphere. We've only been going since January, so we weren't ready to hit festival season properly this year - so doing a few small ones here and there has been a great experience. Thanks to Smoked and Uncut for having us! 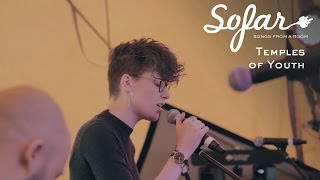 Throwback to our first festival - video

Some Mothers Do Indie